Gynecologic cancer prevention can save lives 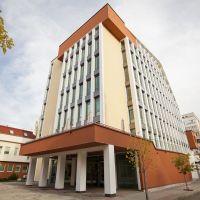 “Gynecologic cervical screening is very important due to the fact it can actually stop cervical cancer from further developing”, says Dr. Ivan Dimtirov from “Dr. Shterev” Hospital. This is one of the few cancer diseases which is totally preventable – the reason behind this statement is that abnormal cell changes can be detected at an earlier stage before they have a chance to develop into cancer. Being aware of this, the Management of the hospital has established a specialized unit in gynecologic cervical cancer prevention in order to encourage women to perform medical check-ups on a regular basis.

Dr. Ivan Dimitrov, gynecologist at “Dr. Shterev” Medical Center, a specialist in preventive care and cervical cancer screening, has recently presented WHO data for the cases of cervical cancer. It is estimated that cervical cancer is the second most common cancer in women worldwide, with 500,000 new cases and 250,000 deaths reported each year. Many of these diagnoses can be avoided through early screening and treatment, Dr. Dimitrov says. The main cause in 95-99.7% of all cases is the so called Human Papiloma Virus (HPV). There are more than 40 different types of HPV that specifically affect the genital area. Most HPV infections do not lead to pathology, but some types can cause cancer of the cervix — the passage between the vagina and the uterus.

Precancerous cells and the early stages of the disease are not usually manifested by clinical symptoms. However, the symptoms of the disease reveal at a later stage, when it is too late to take any measures.

“Given the absence of early clinical symptoms of the disease, it is a great concern for me as a specialist that some women may not realize they have the disease, and some may even ignore the signs of it or confuse them with symptoms of other conditions”, continues Dr. Dimitrov.

The fact that cervical cancer rarely presents any symptoms in its early stages once again highlights the importance of regular screening for the disease.

The main screening method for cervical cancer is the so called PAP smear. This involves scraping the cervix with a small brush to collect cells which are analyzed for cell abnormalities. Dr. Dimitrov states that women aged between 21 and 65 years should undergo a PAP test every year. Given the patients’ results are suspicious for malignant cells or the patient is HPV positive, the conduct of colposcopy is recommended for further investigation.

At present the Gynecology Cancer Prevention Unit at “Dr. Shterev” Hospital is provided with a cutting-edge colposcopy equipment, an HD video camera and a high class ultrasound machine. Since 2011, the team of the Hospital has implemented the liquid-based cytology technique for PAP smear, the so-called ThinPrep technology, which provides highly reliable test results and contributes to the proper diagnostics. The gynecological cancer prevention check-up at the unit involves collecting detailed information on the patient’s medical history and the ThinPrep PAP smear test. Further on, upon doctor’s evaluation, a conduct of colposcopy and an ultrasound scan is performed and in the cases of HPV detection, a DNA test for HPV is recommended. The hospital offers various preventive care packages adapted to patients’ specific needs. Additionally, mammology scans (both X-ray and ultrasound) are offered, closing the circle of prevention for the most common women’s diseases.

The overall concept and ultimate goal of the Gynecology Cancer Prevention Unit at “Dr. Shterev” Hospital is to detect precancerous cells on a timely manner and early enough prior to the development of the cancer disease. The cervical cancer is completely preventable and 100% curable when diagnosed on time. Therefore, the regular prevention check-ups can reduce the frequency of cervical cancer in Bulgaria and saves lives, as Dr. Dimitrov explicitly states.

The Joy of the New Life All in One Place